The integrated plant of ArcelorMittal Poland in Dąbrowa Górnicza is the country's largest producer of steel. Situated in the southern voivodeship (province) of Silesia, the plant is only a few miles from the city of Katowice—famously the site of the 2018 United Nations Climate Change Conference (COP24), in which the parties to the historic 2016 Paris Agreement first formed a consensus on its implementation.

ArcelorMittal Poland's recent efforts in increasing sustainability at its plant are of course quite independent from the Katowice conference. In 2017, the company invested in new dedusting systems for the steel shop and sinter plant, as well as new denitrification and desulfurization installations to reduce emissions of dust, nitrogen oxides, and sulfur dioxides. In the area of energy efficiency, the efforts go back further: In 2014, ArcelorMittal Poland set up a joint venture with energy producer TAURON to form TAMEH Holding, which, among other operations, runs the Nova Generation power plant on the premises of the Dąbrowa Górnicza steelworks. This facility encompasses boiler units fed by blast-furnace and coke-oven off-gas, and generates heat and electricity for the plant itself and other consumers in the surrounding area.

About 75 percent of the energy consumption in a typical integrated steel plant can be attributed to the blast furnaces. In a traditional setup, a significant portion of the energy contained in the blast-furnace gas goes unutilized: tremendous amounts of pressure and heat are wasted when the stream of gas hits a simple throttling group that reduces pressure to values suitable for the low-pressure gas network. Almost 80 percent of blast furnaces installed worldwide still operate this way—and so did the blast furnaces at Dąbrowa Górnicza. To take resource efficiency one step further and to reduce the environmental impact of electricity. production on site, TAMEH decided to task Primetals Technologies with the installation of two top-gas pressure recovery turbines (TRT) and auxiliary systems on blast furnaces No. 2 and 3. The contract was signed in December of 2016. Only 24 months later, in December of 2018, the turbines first generated power at full capacity—it is the first such installation in Poland.

As Fig. 1 illustrates, the inherent energy in cleaned blast-furnace top gas (which, following wet dedusting, has a pressure of approximately 2.0 bar(g) and a temperature of 50°C) is first converted to mechanical energy in a turbine. This is achieved by means of a rotating shaft equipped with running blades made of erosion- and corrosion-resistant stainless steel. The shaft movement is used to produce electricity in a synchronous generator. A cleaning system using pressurized water prevents the build-up of dust on the blades. As a safety measure, nitrogen is injected into the shaft gland-seal system—this prevents top gas from leaking into the environment. To ensure excellent pressure control and safe operation of the blast furnace, the setup includes all-stage adjustable guide vanes and quick-­acting valves. And as an additional layer of security, there is a quick-bypass function so the off-gas can be rerouted in case of unexpected events. In combination, these mechanisms ensure to a high degree of certainty that the pressure recovery never impinges on the blast-­furnace process.

Most of the mechanical equipment sits in a container construction—a rather unique, exceptionally compact design. The enclosure is about four meters wide, five tall, and 14 meters long. It includes the turbine, gearbox, lubrication, and hydraulic units. The containers were transported from Japan by ship and road. The generator unit was sourced from a supplier in the Czech Republic and was installed in the containers during erection. The design has several advantages: The plant layout is uniquely compact, yielding a smaller overall footprint, a shorter erection period, and considerable cost savings in the construction works—to take one example, there is no need to construct a turbine building. In the case of the Dąbrowa Górnicza plant, the setup includes two identical TRT container units with a nominal output of about 12 MW each, situated side by side.

A significant challenge in the project was the installation of a T-branch (Fig. 3) in the original blast-furnace layout between the gas cleaning and septum valve construction—and the fact that the remote site designated for the TRT necessitated unusually long off-gas ducts. The T-branch was needed to re-route the top gas toward the TRT in standard operating conditions, or to the septum valve when there is a need for a bypass. This branch also includes the bypass armatures. Everything had to be installed during a pre-scheduled 48-hour maintenance period for the blast furnaces.

TAMEH expects the two turbine units to produce 140 GWh of zero-emission electric energy every year—roughly the production equivalent of 25 on-shore windmills. Since in coal-rich Silesia the electricity would otherwise be produced by coal-fired power plants, the turbines will save a staggering 54,000 tons (or 900 wagons) of coal per year, keeping 115,000 tons of carbon out of the atmosphere. And the environmental benefits do not end there: reducing the use of coal by this amount will help to avoid 180 tons of sulfur dioxide and nitrogen oxide emissions, as well as about ten tons of dust per year. In terms of particulate matter emissions, this is equivalent to taking almost 170,000 diesel-fueled passenger cars off the road (assuming compliance with Euro 5 standards and an annual mileage of 12,000 kilometers).

With carbon pricing, stricter energy-efficiency regulations, and more comprehensive emissions-trading schemes looming in many parts of the world, it goes without saying that technologies harnessing energy from the most carbon-intensive processes in an integrated steel plant have a bright future.

Something else to consider is the effect of global climate action and increasing energy demand on industrial electricity prices. Recent data from the International Energy Agency clearly shows that even at this point in time, a single top-gas pressure recovery turbine can yield millions in annual revenue in practically every market. If ever there was a time for steel-plant owners to get into the clean-energy business, it is now. 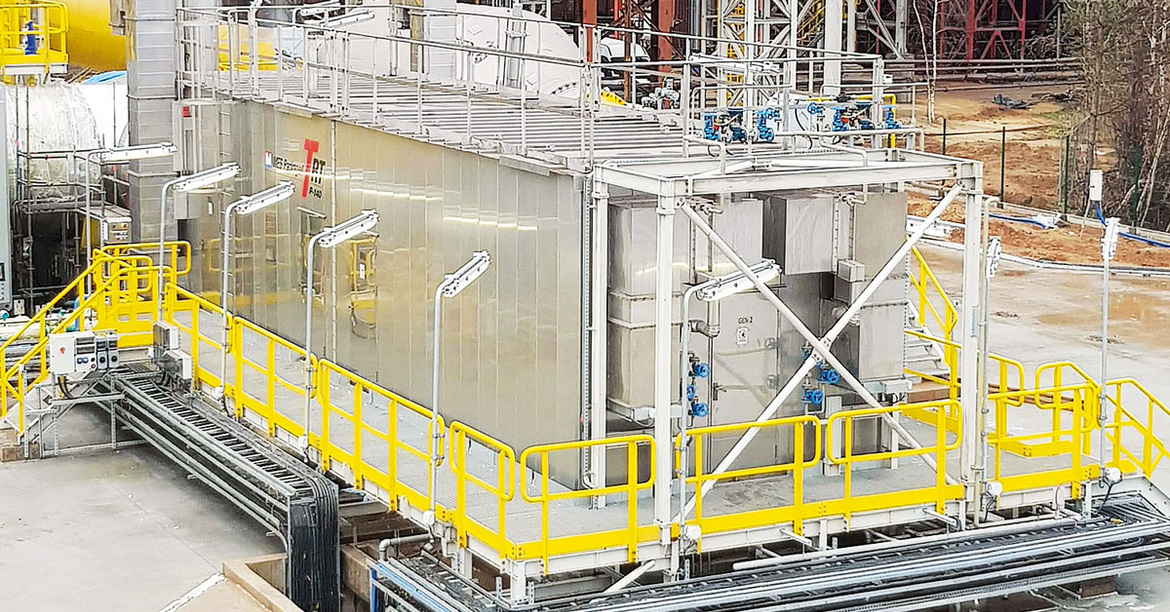 Fig. 2: Most of the mechanical equipment sits in a container construction. The enclosure measures about 4x5x14 meters and contains the turbine, gearbox, lubrication, and hydraulic units. 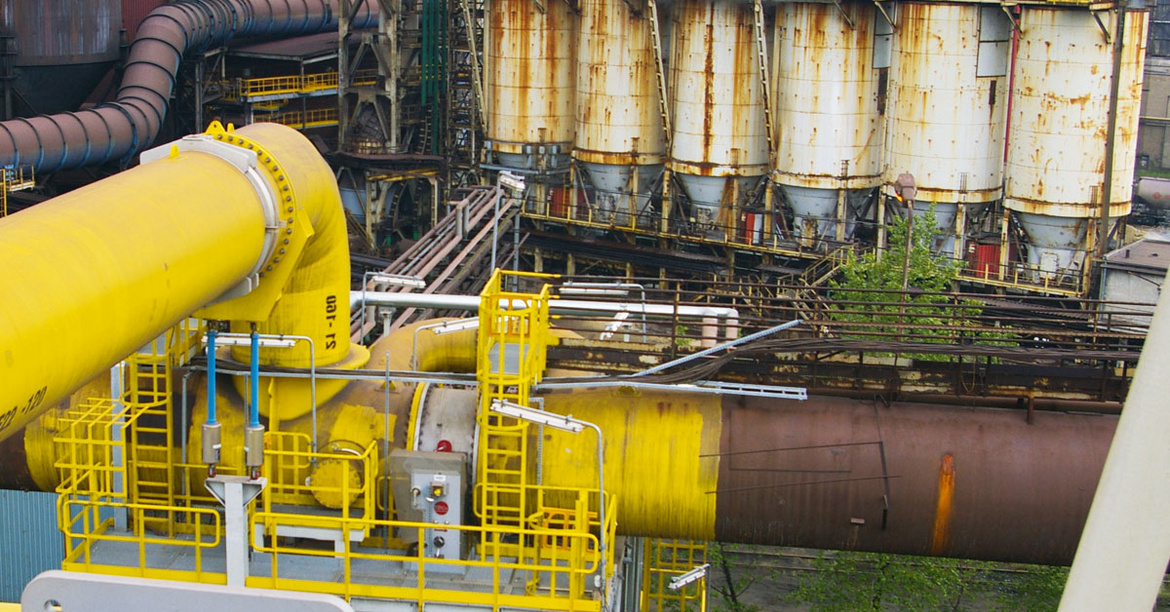 Fig. 3: A T-branch reroutes the blast-furnace off-gas toward the TRT container unit. A quick-bypass function makes sure the stream can be redirected in case of unexpected events. 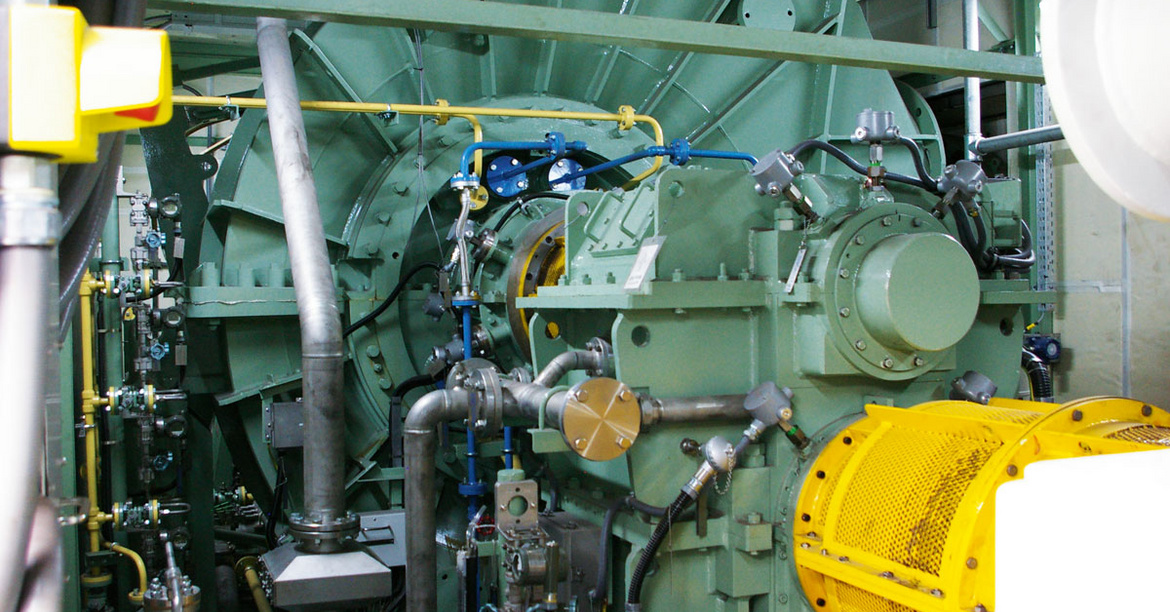 Andras Varga is a process technologist at Primetals Technologies who specializes in upstream energy efficiency.

What were the most interesting challenges in this project?
Andras Varga: The installation included very long off-gas ducts, which was a challenge during operational mode transitions in commissioning—the top priority is of course always to keep the pressure stable so that the blast-
furnace process can continue smoothly.

The benefits of the TRT seem straightforward—why are there still so many blast furnaces without top-gas energy recovery?
Varga: In terms of resource efficiency, a top-gas pressure recovery turbine makes sense for pretty much every mid to large size blast furnace. My guess is that many plant operators just haven't done the math—with energy prices broadly on the rise and regulatory pressure increasing across the board, we expect ROI calculations to shift even further in favor of the TRT. And the spread of dry-dedusting systems for blast furnaces means additional momentum, because they make for increases in energy output of 20–30 percent.

Which global regions do you have in mind specifically?
Varga: Plants in Europe and the Americas are the obvious candidates—there's a strong trajectory toward higher energy prices, and tighter regulatory regimes are looming. But there's also strong potential in India and Russia.