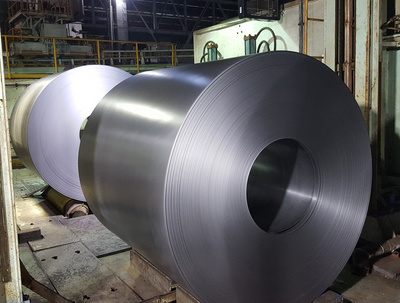 Primetals Technologies optimized the drive and automation equipment of the pickling line-tandem cold mill (PLTCM) no. 1 at the Dangjin plant of Hyundai Steel, a Korean steel producer, within a short period of time. After a refurbishment phase at the end of 2018, all the agreed proofs of performance for the production of more than 20 different product groups were completed by January in a period of just four weeks. The production capacity of the PLTCM was substantially increased at the same time, which now enables it to supply cold-rolled strip to an additional strip galvanizing line at the Suncheon plant. The refurbishment was preceded by a detailed analysis of the weak points of the entire plant and the development of a targeted refurbishment concept. This increased the production potential of the existing lines and minimized the investments needed for new equipment.

The analysis preceding the refurbishment showed that, instead of replacing the entire drive train, only the drive trains on stands two and three had to be replaced to eliminate the weak points. The available installed reserves of stands one, four and five were utilized and the load optimally redistributed to achieve the required increase in throughput for the complete plant. New transformers and cycloconverters were installed on stands two and three, and new motor and gear units were mounted on the existing foundations. The "Motor Utilization Model – MUM" newly developed by Primetals Technologies was used for the first time to make the maximum possible use of the installed performance reserves of the new and existing stand motors. The load was distributed optimally to adapt it specifically to the product mix and to obtain the best possible dynamic use of the forming forces of the individual stands. The objective was to achieve the maximum degree of forming along the complete line, and to come as near as possible to the load limits of the individual stands.

The continuous power of the new machines is around 36 percent higher and they allow the rolling work to be optimally redistributed in the tandem mill. Some of the low-voltage drives were also replaced. For example, the rollers on the infeed side are now equipped with motors and drives that are up to 50 percent larger in order to deliver the required pulling force at higher speeds. In addition to the renewal of the drive equipment, the technological controls in the basic automation and the Level 2 rolling regulations were modernized. The refurbishment of all parts of the plant was planned in great detail and completed right on schedule within the timeframe of 15 days. It was even possible to hold the first tests of the rolling operation one day earlier than scheduled. The first strip was successfully rolled as planned on December 14, and the plant was brought up to its previous throughput within three days.

All the verifications for more than 20 individual product groups – mainly interstitial free grades and other products for the automotive sector – were completed by the end of the first month. The plant also significantly surpassed the contractually agreed parameters within the first few weeks.

PLTCM no.1 at Hyundai's Dangjin site now has a capacity of around 1.8 million metric tons per annum. It processes cold steel strip in widths ranging from 600 to 1,800 millimeters. The entry thicknesses can vary between 1.2 and 6 millimeter, and from 0.25 to 3 millimeters on the exit side. The maximum strip speed is 1,400 meters per minute. The line consists of four four-high stands and one six-high rolling stand. Primetals Technologies had equipped the line with process automation back in 2006. 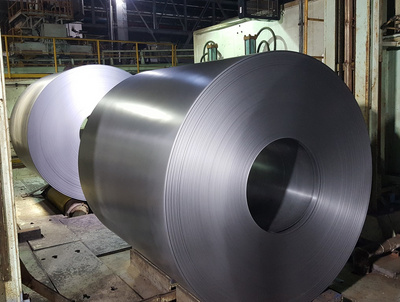 First coils produced at Korean steel producer Hyundai Steel's Dangjin plant after the pickling line-tandem cold mill (PLTCM) no. 1 had been restarted. Primetals Technologies optimized the drive and automation equipment of the PLTCM within a short period of time.

Primetals Technologies, Limited headquartered in London, United Kingdom is a worldwide leading engineering, plant-building and lifecycle services partner for the metals industry. The company offers a complete technology, product and service portfolio that includes integrated electrics, automation and environmental solutions. This covers every step of the iron and steel production chain, extending from the raw materials to the finished product – in addition to the latest rolling solutions for the nonferrous metals sector. Primetals Technologies is a joint venture of Mitsubishi Heavy Industries (MHI) and Siemens. Mitsubishi-Hitachi Metals Machinery (MHMM) - an MHI consolidated group company with equity participation by Hitachi, Ltd. and the IHI Corporation - holds a 51% stake and Siemens a 49% stake in the joint venture. The company employs around 7,000 employees worldwide. Further information is available on the Internet at www.primetals.com.