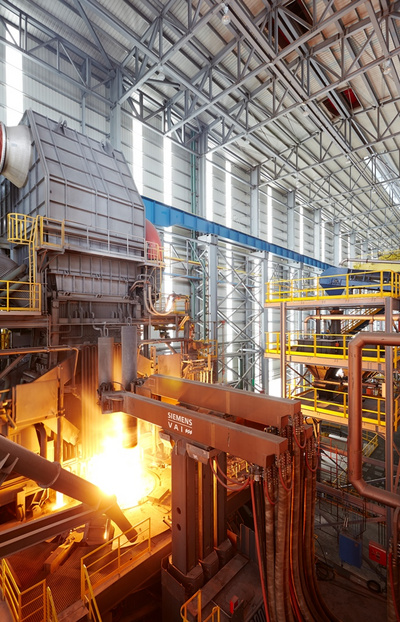 Talleres y Aceros S.A. de C.V. (Tyasa), a Mexican steel producer, has issued Primetals Technologies with the final acceptance certificate for a new minimill meltshop in Fall 2014. The plant was constructed on the Ixtaczoquitlan site, and has an annual capacity of 1.2 million metric tons of steel. A EAF Quantum electric arc furnace in the new steel works has been deployed worldwide for the first time. This new type of furnace cuts the specific conversion costs of electric steel production by around 20 percent. The project also covered the secondary metallurgical facilities and a combined continuous caster that casts billets and preliminary sections, which are then used as the input material for the long-product rolling mill on the site. The new plant enables Tyasa not only to substantially increase its production capacity but also to widen its range of products.

For Tyasa's new minimill meltshop in Ixtaczoquitlan, in the Mexican state of Veracruz, Primetals Technologies supplied a Quantum electric arc furnace with a tapping weight of 100 metric tons, as well as secondary steelmaking facilities. These include a 100 metric ton double ladle furnace and a 100 metric ton double vacuum degassing plant with mechanical pumps. The plant produces killed, low, medium and high-carbon grades of steel. A six-strand combined continuous caster casts the steel into billets with cross-sections ranging from 130 x 130 millimeters to 200 x 200 millimeters, as well as preliminary sections with dimensions of 300 x 200 x 80 millimeters, beam blanks and rounds on two lines.

The key component of the minimill meltshop is the EAF Quantum electric arc furnace developed by Primetals Technologies. This combines proven elements of shaft furnace technology with a new scrap charging process, an efficient preheating system, a new tilting concept for the lower shell, and an optimized tapping system, enabling tap-to-tap times of 36 minutes to be achieved. The electricity consumption, at just 280 kilowatt-hours per metric ton, is considerably lower than that of a conventional electric arc furnace. Coupled with the lower consumption of electrodes and oxygen, this produces overall benefits of around 20 percent in the specific conversion costs. Overall CO2 emissions can also be reduced by up to 30 percent per metric ton of crude steel in comparison to conventional electric arc furnaces.

A dry dedusting system has been installed to minimize the emissions of the steel works. It has an evaporation cooler, a quenching tower, an automated pulse-jet-type filter-bag house, and an induced draught fan. The dedusting system cleans the off-gases from the electric arc and ladle furnaces, as well as from the material handling system. The system has a suction capacity of around one million standard cubic meters per hour, and reduces the dust content of the off-gases to less than ten milligrams per cubic meter.

The project also included a dual-circuit water cooling system for the electric arc furnace, the secondary steelmaking facilities and the casting plant. Drinking, service and quenching water circuits have also been installed. A water treatment plant with mechanical and chemical stages helps to optimize all the water requirements of the steel works. The scope of supply from Primetals Technologies was rounded off by electrical and automation systems and components. These included the power distribution, the basic and process automation, as well as process models for the steel works and the continuous caster.

Talleres y Aceros S.A. de C.V. was founded in 1985, and is privately owned. The company currently has two production sites, one in Ixtaczoquitlan near Orizaba in the State of Veracruz, the other in Mérida, the capital city of the Mexican State of Yucatán. Tyasa produced around 450,000 metric tons of billets per annum in the old steelplant, which are then further processed in its own rolling mill to make wire and bar steels, as well as building materials, such as rebars and nails. Total annual capacity for rolled products is around 700,000 metric tons. 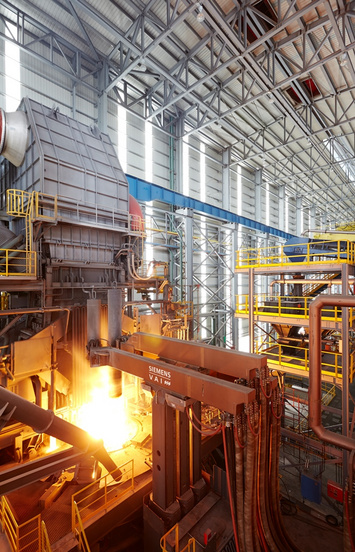 Primetals Technologies, Limited, headquartered in Frimley, Camberley, United Kingdom, is a worldwide leading engineering, plant-building and lifecycle partner for the metals industry. The company offers a complete technology, product and service portfolio that includes the integrated electrics, automation and environmental solutions. This covers every step of the iron and steel production chain that extends from the raw materials to the finished product – in addition to the latest rolling solutions for the nonferrous metals sector. Primetals Technologies is a joint venture of Mitsubishi Heavy Industries (MHI) and Siemens. Mitsubishi-Hitachi Metals Machinery (MHMM) - an MHI consolidated group company with equity participation by Hitachi, Ltd. and IHI Corporation - holds a 51% stake and Siemens a 49% stake in the company. The company employs around 9,000 employees worldwide. Further information is available on the Internet at www.primetals.com.