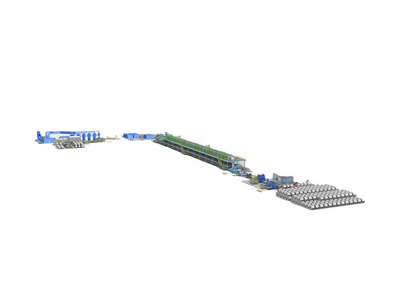 Primetals Technologies has received a contract from voestalpine Stahl GmbH, a company of the Steel Division of voestalpine AG, to convert the existing continuous tandem line into a pickling tandem line at voestalpine’s site in Linz. The package includes core components, process machinery, and their integration into the existing plant.

With the new fully automated pickling tandem line in cold rolling mill No.3, voestalpine will benefit from a quality increase in the production of high-strength and ultra-high-strength grades for the automotive, household appliance, and construction industries, as well as for the production of electrical steel for e-mobility, and other industries. The plant is designed with a production capacity of around 1.9 million tons per year and fulfills the latest digitalization standards for fully automated operation. Commissioning is scheduled for the end of 2023.

This project will add a new pickling and trimming section to the existing continuous tandem line at cold rolling mill No. 3 in Linz. Primetals Technologies is responsible for: engineering, supplying the strip running section equipped with essential process machinery of the tension leveler, supplying accumulator areas, the trimming shear with an inductive strip edge heating system, the strip inspection system, the electrical and automation equipment, and building and supervision services. The new pickling tandem line processes strips with input thicknesses between 1.5 and 6 millimeters with a maximum strip width of 1,770 millimeters. The final thickness can be between 0.5 and 3 millimeters, and rolled down to 0.3 millimeters for electrical steel strips.

During the construction phase in 2008, the overall line’s layout was prepared by Primetals Technologies for a potential future expansion into a pickling tandem line. The conversion of the existing entry area for hot rolled material will be carried out during existing operating and maintenance procedures. In the area in front of the new scale breaker, an existing control roll serves as a switch between the existing and the new strip running area. This layout concept allows parallel building of new plant sections while simultaneously operating the tandem mill. In addition, it requires only short downtimes for merging the existing and new plant sections. Minimal modifications to existing foundations and standardization and reuse of existing plant components were considered during the engineering phase.

The existing entry area will be supplemented with a coil preparation system, which includes a scrap removal system and a new anti-coil break roll. The bend straightener improves the flatness of the incoming hot strip and to increase the pickling effect by scaling up to a maximum speed of 270 meters per minute. The trimming shear section is equipped with a turret type side trimmer, inductive edge heating, and edge and strip inspection; devices which can be operated up to 380 meters per minute. Edge heating supports trouble-free trimming, especially for electric strip. The existing five-stand 4-high tandem cold rolling mill reaches a maximum speed of 1.000 meters per minute. A new thickness gauge behind stand No. 3 completes the already optimized instrumentation and, in combination with new controllers, enables the strip thickness tolerances to be improved.

Included in the project scope is a comprehensive upgrade of the electrics and automation systems for cold rolling mill No. 3, with the existing multi-processor control system being brought up to date. Control devices, control electronics, and safety switchgears will be replaced, and higher-level functions will be migrated to the latest programmable logic controllers. Operating systems will be upgraded, and Level 1 device libraries and Level 2 process models will be upgraded and optimized. At the same time, automation will be prepared for simultaneous operation of the existing and new plant configurations. The operator and user interfaces (HMI) will be converted to "widescreen".

The electrical and automation solution will be integrated into the existing plant for strip guiding of the new pickling line. Additionally, a new DC busbar for speed-controlled drives with an operating voltage of 690 Volts, as well as a new low-voltage main distribution system will be installed for the strip feeding drives. Additional automation functions are available for the programmable logic controllers, for example for strip scale breaker control, trimming shear, S-blocks, accumulators, extensive strip inspection functions, and tension control and strip guiding. The pickling section is connected via a level 2 interface and is integrated into the common operator interface. 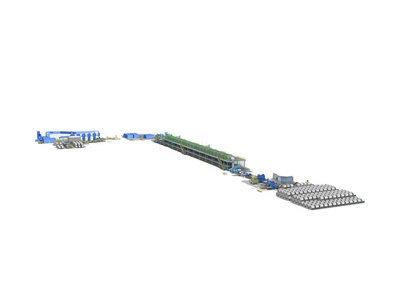 Pickling tandem line (tandem to the left, strip running area at center, and inlet to the right) in cold rolling mill No. 3 at voestalpine’s plant in Linz, Austria. Primetals Technologies supplies core components, process machinery, and integration into the plant.