voestalpine Stahl GmbH, an Austrian steel producer, has ordered three robot systems from Primetals Technologies. They will manipulate the probes in the three LD (BOF) converters in the Linz steel works. Work that was previously performed manually will in future be handled by these robots, which means that employees will no longer have work in the hazardous area. The robot systems are equipped with a measuring probe magazine designed as an exchangeable container. This simplifies the handling of the probes and also increases reliability and availability. The robots also handle tasks such as cleaning the contact bar, monitoring the probe holder and performing correcting movements, which reduce the requirement for maintenance. The systems are scheduled to be brought into operation one by one at intervals of three months from the middle of 2015. The Linz plant already uses a number of robots from Primetals Technologies on the pouring platforms of the continuous casters.

voestalpine Stahl GmbH is one of Europe's leading steel producers. The Linz plant currently has three 180 metric ton converters in operation, each of which achieves more than 30 melts per day. The converters were equipped with sublances from Primetals Technologies 25 years ago. However, the probe manipulators have now reached the end of their service lives. Each of the existing manipulators, therefore, is going to be replaced by a handling system consisting of a robot and a probe magazine. The Primetals Technologies delivery package includes three robot systems, the associated exchangeable container magazines and for each converter three sets of 63 probes, probe buffers, sublance centering devices, a maintenance platform, and the LanceGuard measuring system monitor. Primetals Technologies is also responsible for installing the new systems and integrating them in the existing automation.

As the robot takes the probes directly out of the exchangeable container, this solution can also be used where space is limited. The robot has a camera system to recognize the different types of probe. The system can also reject probes that have been identified as faulty by the measuring system and set aside probes which malfunction during the measuring process for later analysis.

To ensure a high standard of measuring accuracy, the entire measuring chain, consisting of probe, contact bar, cabling and evaluation unit, is automatically tested and verified by the LanceGuard at regular intervals. Supplementary functions of the robot system are the use of test probes and the disposal of the probes after the measurement. The automatic testing and cleaning of the contact bar, measurement of the probe holder and automatic movement correction are additional advantages which reduce the forces acting on the contact system. This increases its service life and reduces the maintenance requirement. The three systems will be converted and commissioned in five-day stages while the converters are being relined. The entire system will be assembled and intensively tested, and all its functional sequences will also be tested in the laboratory in advance so that the required plant availability and productivity will be achieved as quickly as possible. 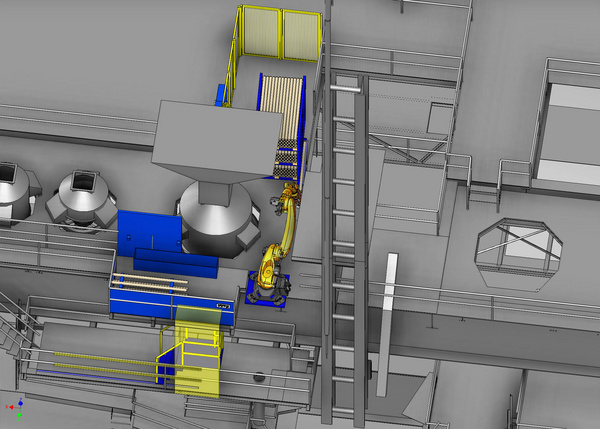 In future, robot systems from Primetals Technologies will manipulate the probes in the three LD (BOF) converters in the voestalpine Stahl Europe steel works in Linz, Austria.